We’re excited to announce that this summer through our social media channels, newsletters and website, we’ll be following Ryan, former combat veteran and SoCal police officer, as he attempts to tackle his own deck and backyard remodel. He has no prior building or contractor experience. We invite you, the pros, to chime in with your thoughts, comments, or even a word of warning.

We’ll post regular updates throughout the process (the good and the bad), including live videos through Instagram Live, and through our other social media outlets. 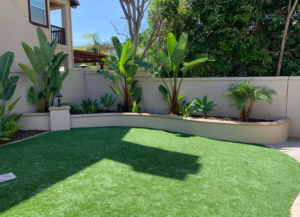 As highlighted in the Summer issue of Deck Specialist Magazine, we challenged an over confident homeowner to a backyard makeover. Like many of you have heard, he says he can save some money, use his own sweat and “skills,” and end up with as good of a job as a pro!

This is the first of many posts as a part of our Deck Specialist Project Tracker Series. Check back every Tuesday and Thursday and chime in to thank this first responder for his service, then remind him to keep his day job!

Here are a few “before” pics of his southern CA backyard built in 2001. He‘ll be removing the built in BBQ island and then laying #Deckorators composite deck boards on a treated wood sleeper grid applied on top of his aged concrete patio! Sounds easy, right? 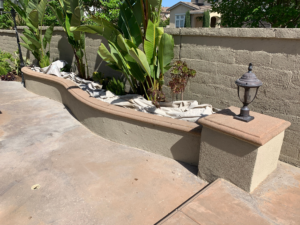 Demo Begins! Ryan has a sledgehammer and his gardener offered to let him borrow his electric

Makita Tools USA jackhammer to help with demo. He figures it will take him the weekend to get rid of the BBQ island, so he starts out slow with the help of his son. 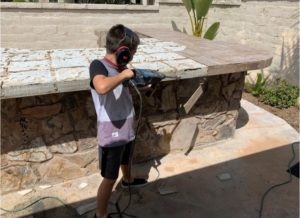 Quickly, he realizes the contractor built a bomb shelter disguised as a BBQ island and apparently got a great deal on cement and rebar because it is cinder block framed with rebar and solid poured concrete throughout, a solid concrete top with tile laid over. There are also internal gas and electric lines. 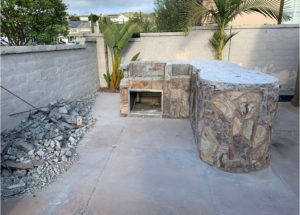 PROJECT TRACKER UPDATE! Wait until you see what this homeowner is doing this week! With the joys of technology, we’re going to spring forward almost 2 months to “present day” and get you caught up on our Project Tracker story! Demo is complete and now it’s really time for the “experts” to chime in on what they see! What do you think? Time to hire a pro and save him from himself??

Watch the full video below!

Check deck-specialist.com every Friday for more updates or follow along on our social media channels as we track Ryan’s progress every Tuesday and Thursday!!

Publisher of two monthly magazines for LBM dealers and distributors—The Merchant Magazine, founded in 1922 to serve the western U.S., and Building Products Digest, formed in 1982 to serve east of the Rockies.