After years of planning, the South Side Marina opened in 2015 on the Monongahela River in Pittsburgh, PA., as the next development phase of the South Shore Riverfront Park project designed as “a place where everyone can enjoy the city’s greatest feature, the rivers.” Once the home of the South Side Works steel mill, the park and its surrounding areas have now become an iconic hotspot linking Pittsburgh’s Great Allegheny Passage and Three Rivers Heritage Trail with shops, restaurants, 1,000-seat amphitheater, and dramatic riverfront views.

Located on a vacant piece of land at South Water and 26th streets and down river from the South Shore Riverfront Park, the marina opened just prior to the 2015 boating season with 130 boat slips available on 10 spurs, 8 to 10 ft. wide and 230 ft. long, connected by a 1,300-ft. walkway to shore. Among the many amenities are rest room and shower facilities, a floating dock at the bottom of the gangway, state-of-the-art power pedestals and gated parking.

“It was an extremely ambitious project designed to expand the beauty, usability and attractions previously launched at the South Shore Riverfront Park, which was in planning for years and cost about $13 million to complete,” says Jim Meriwether, president and owner of Merco Marine in Wellsburg, W.V. “So, the dock and marina had to perform as far more than just a slip for boats. They are part of the entire showpiece for local citizens and tourists.

“Given the extreme popularity of Pittsburgh’s three rivers, aside for clusters of smaller marinas along the riverfront there were actually few amenities for the area’s ardent boaters. This was our attempt to build something different and very exciting. It is state-of-the-art in every way and built with a resort-like feel that Pittsburgh deserved.”

Founded in 1979, Merco Marine is a leading area supplier of dock materials and builder of commercial and residential docks. The company was chosen to build the dock for the South Side Marina based on their work on several local projects including The Landing at Station Square in Pittsburgh, which is a 42-slip marina built in 2005 to act as a boat landing for restaurant patrons and visitors to area attractions.

Working with Fox Chapel Marine of Pittsburgh assembled the “Parallam” dock system for the  South Side Marina in 4-ft. by 20-ft. sections for the fingers and 8-ft. by 40-ft. sections for the mains at its 30,000 sq. ft. Wellsburg headquarters. The decking itself consisted of golden teak boards from DuraLife Decking & Railing’s Siesta brand. Once complete, the entire marina was shipped in sections by truck to Pittsburgh. This process included the use of Merco’s Truss & Wood heavy duty dock system using 3/16” inner frame cross members and angle supports every 4’. In addition, 3-1/2” x 12” timbers were used for side stingers and secured using 5/8” bolts.

More than 6,000 Siesta deck boards of varying lengths were used in the dock measuring over 42,000 sq. ft. in total. DuraLife’s Fastenator Hidden Fastening System were then used to securely fasten the boards together. The system utilizes specially-designed grooves to ensure stability on a barefoot-friendly surface as there are no unsightly screw heads on the surface of the deck. The Fastenator also features a pre-installed, stainless steel screw to save time and effort during installation.

“We’ve used DuraLife Siesta deck boards on hundreds of projects over the years,” explains Meriwether. “I’m particularly impressed with their durability in expansive assignments like the South Side Marina. They tend to absorb less heat, which makes them cooler to the touch, and are more rigid, making them feel more sturdy under foot than other composites. This is especially important when working with a floating galvanized truss frame system situated on a very active river bank in an environment with such wide temperature ranges and severe weather.”

Designed with polypropylene-based composite material, the boards offer numerous benefits over other polyethylene or PVC-based products. It is a high performance polymer that is used in everyday applications such as high-quality storage containers to resist heat, chemicals, mold, fading and mildew, while remaining structurally sound under the harshest conditions.

Furthermore, the decking is available in a selection of finishes ranging from wood tones offered in variegated, non-repeating wood grain patterns to contemporary earth tones. Each deck board is also designed to minimize sagging and flex between joints and is significantly stronger than polyethylene composite and PVC decking. For more industrial dock and marina applications, DuraLife also offers a heavy-duty dock plank that is 1-1/8” thick with a joist span rating of 24” on-center.

With the South Side Marina expected to expand to more than 300 slips over the next few years, Meriwether is looking to continue the project with the same materials that has earned praise from both city officials and boaters alike. “Everyone loves the marina’s look and feel,” adds Meriwether. “The golden teak finish of the decking resonates so nicely in the sunlight that it practically sparkles. Plus, you can’t beat the strength and endurance. These boards wear so well under tough conditions that I wouldn’t consider anything else.” 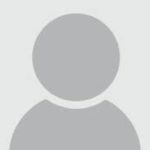 Article written by Will Chelak