The product comes from a deck builder-turned-retailer-now manufacturer. “I started designing and buiding decks in 1986,” said Terry Fangrad, Tiva’s founder and CEO. “As new products evolved and came into the marketplace, we were always carrying samples around. So I thought it would be great to have a place where people could come and see multiple products; hence, I created The Deck Store.”

The Deck Store’s lone retail showroom in Ontario, Canada, “grew to eight different locations and eventually, after working with every product on the market, (Terry) decided that he wanted a product that he could really stand behind,” said sales and marketing manager Megan Fangrad.

So he decided to make his own. Terry’s wish list was a product that looked beautiful, performed exceptionally well, offered a wide selection of colors, and could be backed by a solid warranty.

Tiva’s researchers, explained distributor Steve Rhone, Weston Forest Products, “went looking for a proven technology, something that provided greater durability, fade resistance, and richer colors. They ended up stealing a little bit of technology from the automobile industry, which conquered these problems decades ago. Remember the car dashboards of the 1980s, which used to fade, crack and split? The difference today is the development of ACS plastics.”

After years of tinkering and testing, the end result is Tivadek, a PVC decking distinct from all others. It utilizes North American-sourced plastics and resins, extruded and molded in China.

And the developments continue. Over the last few months, Tiva has used its proprietary technology to introduce:

Tivadek is currently distributed to dealers in the Northeastern U.S. by Sherwood Forest Products, and throughout Canada by Weston Forest Products. Tiva is on the lookout for distribution partners to serve other regions of the U.S.

“The market’s response has been exceptional,” Megan noted. “Contractors are drawn to Tiva’s unique story and product innovation. All of our products were inspired by contractor feedback during many years of in-field testing. Tivadek is truly a board made by contractors for contractors.”

David Koenig is the managing editor of Building Products Digest and The Merchant Magazine. 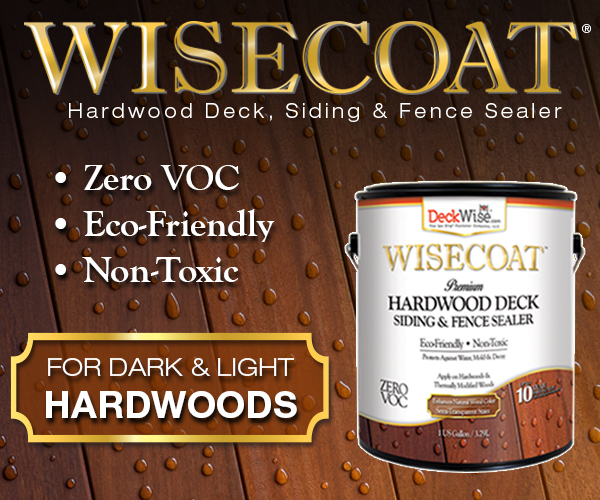